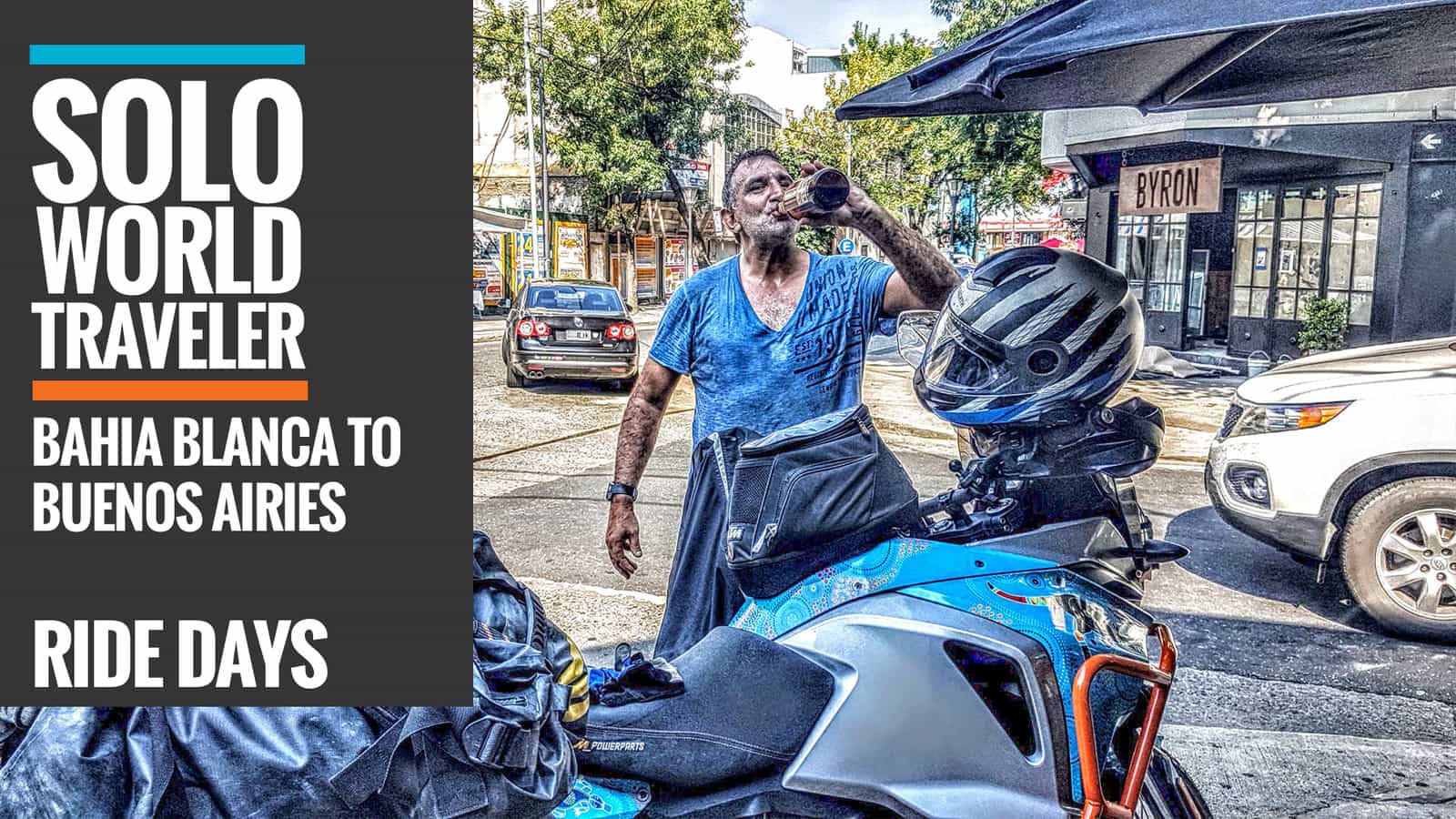 After spending two relaxing nights in Bahia Blanca, I was itching to get to Buenos Aires.

The highways were mostly pretty good. I took Ruta 3, then Ruta 225 for this 8-hour journey trekking through towns such as Coronel Pringles, Sierras Bayas, Azul, Saladillo, Lobos, Monte Grande on my way to Buenos Aires.

Fuel availability/quality was still an issue, but my pump was no longer throwing up alerts.  I always get premium gas where I can, it is more expensive, but for modern bikes, you nearly always need hi-octane fuel.

I took lunch along the way in Saladillo and rested for about an hour. I was staying in Palermo District in Buenos Aires.

Palermo is a neighborhood, or what they call a barrio of Buenos Aires. It is located in the northeast of the city, bordering the barrios of Belgrano to the north, Almagro and Recoleta to the south, Villa Crespo, and Colegiales to the west and the Río de la Plata river to the east. It is quite a leafy area with lots of parks, cafes, and restaurants.

Once I arrived, I parked right outside a pub and took in a liter of beer over about an hour before a short 200-metre ride to my AirBNB Apartment.

Buenos Aires would also be the city where I had to arrange to ship my motorbike from Buenos AAiresto Miami, Florida, which I will address in detail in a following post.

Here is a list of my everyday riding gear from my motorbike to my everyday riding apparel from helmets to jackets, to pants and boots and the cameras and apps I use. I do not recommend all. However, I will be doing a post trip review on all of them.

For Motorbike Protection I chose the Rumbux Bars from South Africa

The 360 Degree Camera was the Samsung Gear 360 Camera

For Scenic shots I had the tripod ready GoPro Hero4 Black

For my Helmet Communication (Music, Nav, Phone) I chose the UClear AMP Pro

For Clothing & Protection, I chose the Klim Overland Pants & Jacket

For my Gloves, I chose for warm weather Klim Dakar and for Water/Bombproof the Held Air N Dry Gloves

For my Navigation I used both Google Maps and Garmin 590L

Ride Day 82: Shipping your Motorbike back to USA with Dakar Motos
March 2, 2017