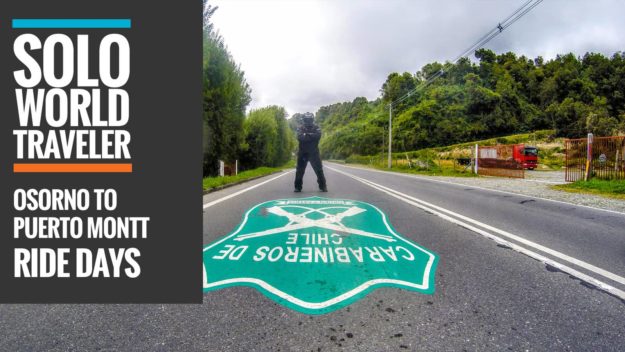 At last, today my destination is Puerto Montt. I am staying at a Cabana about 30 minutes outside of the city in a place on the water called Quillape. My trip to Puerto Montt, Chile is from Osorno, where I spent the night camping and awoke to a beautiful day. 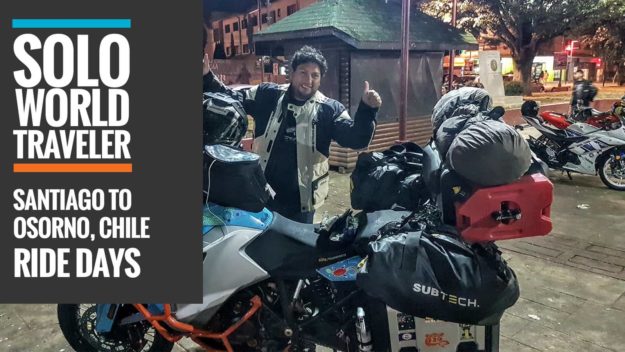 My trip to Osorno, Chile from the capital Santiago felt like the most boring and arduous ride of my trip so far. It seemed everyone was going on holiday and the traffic was built up everywhere, with accidents stupid drivers rushing to get to their destinations. I ended up camping about 5 miles outside of Osorno, Chile 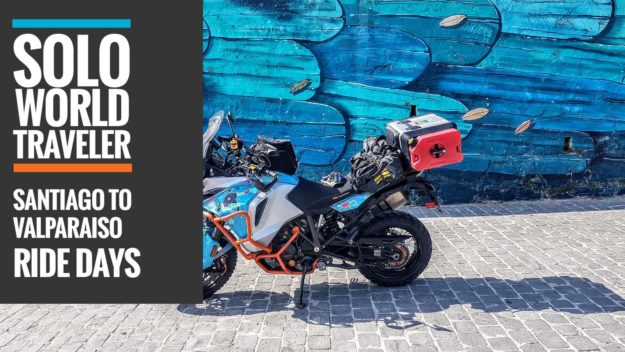 After my bike was serviced, I decided I wanted to go to Valparaíso, Chile to check it out to make sure everything was working fine, Chris had joined me in Santiago, but his bike was still in service and mine wasn’t, so off I go!  Chris had also decided to spend a few nights there later in the week, so it would have been useless him coming along. 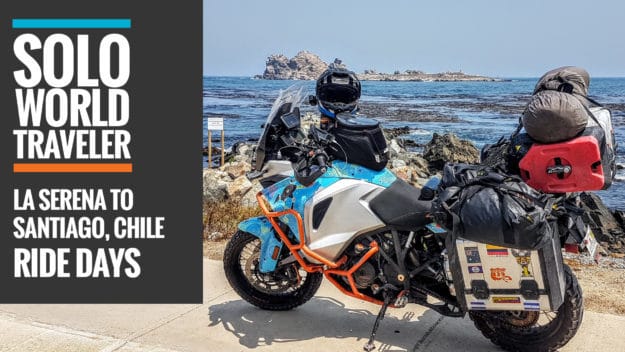 Finally, I arrived in Santiago, Chile. This was always going to be a milestone on my journey to Ushuaia Patagonia and one where I needed to relax a few days, get some things in order for my final assault south. After just one night in La Serena, I was keen to get my KTM Super Adventure serviced 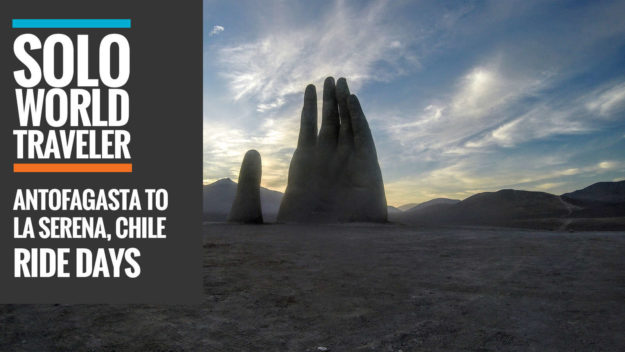 La Serena, another port town on the West Coast of Chile was my next stop on my determined way to Santiago. As I discussed in my previous post to Antofagasta, I was going to put in some big miles to get to Santiago as I would need to get my KTM Super Adventure serviced, new tires and also replace parts in my helmet, which was causing me issues. 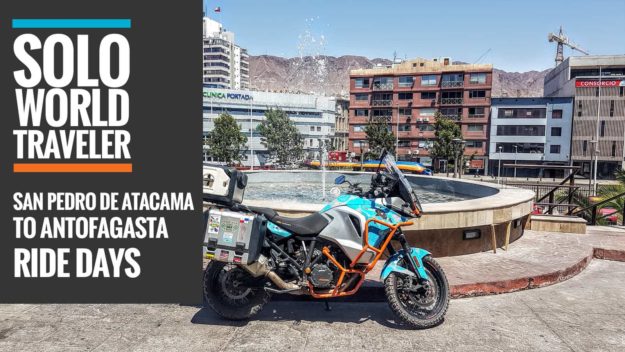 Antofagasta, Chile, is a port city in northern Chile and just a two day stop for me as I made my way south to Santiago. Everything I could think about now was getting to Santiago to plan my final and toughest assignment to get to Patagonia and hopefully Ushuaia. 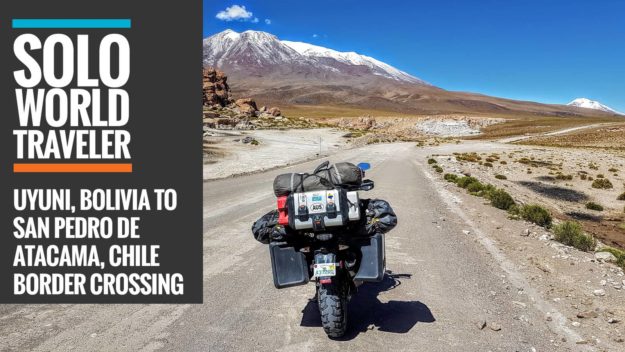 Onwards to Chile! I will miss Bolivia, the country provided me with some of the biggest highlights of my trip. I will not miss the gas station scamming that goes on in this country though.

Ever since I started planning this trip, Salar De Uyuni was one of the places I dreamed of going to. If any of you are doing the same, I am sure it is one of the places on your must see list. After a rather average night staying at the Hotel Palacio de Sal, a 4-star hotel with one star Internet and 0-star management service, Chris and I met up to do the Salar De Uyuni Salt Flats. 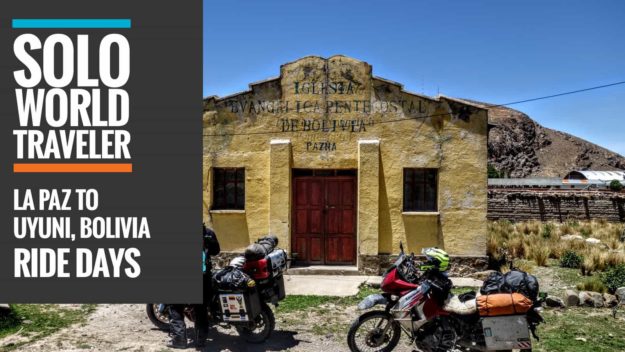 Finally, on my way to Salar de Uyuni, Bolivia (The Famous Salt Flats) with Chris was always going to fun. Chris was riding his KLR  – one which would increasingly cause him issues further down the road to Patagonia. 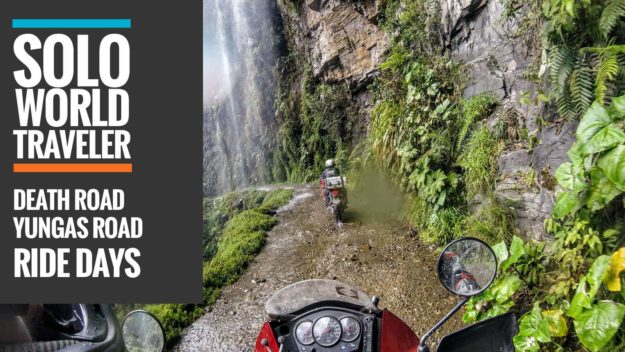 Getting to Death Road, Bolivia (North Yungas Road) was always going to be a challenge. However, after meeting with Motorcycle Tours Bolivia and hiring a private guide (Tito) to take us there, we knew we would be in good hands. I was joined by Chris Moody, another experienced rider I met on the Stahlratte and who joined me in La Paz for the Death Road or as it is known locally as North Yungas Road.